Managing your most precious resources: time and energy

I was brought up by a feminist single parent mother who raised me to believe that unlike previous generations of women, I could ‘have it all’: work, family, social life and so on. However, what I didn’t really understand for many years was that I couldn’t have it all at the same time.

I recently came across the ‘four burners theory’ which is quite a neat way of representing this, if a little overly simplistic. No-one is quite sure of the origin of the theory, but it goes like this:
Imagine you have a stove top with four gas burners, but only enough gas to keep a maximum of three burners alight at once. The four burners represent:

If you’re anything like me, you’ll be hoping I’m going to explain how you can keep all four burners going on full. I’m not, because you can’t. It took me a ridiculously long time to work this out. And I burnt out more than once, to the extent that I had to take time off work.
However, you can, as I said, have it all, if you don’t try and have it all at the same time. It’s about trade-offs. At the moment, I’m really busy with work, so that’s one burner full on. Family is also demanding quite a lot of my time, as my daughter is doing GCSEs and my son A levels this year, plus, you know, global pandemic. So, that’s two burners full on. In the old days, the burner I’d have given up on would have been health and well-being, but not anymore, so that’s three, which means that my social life is pretty much non-existent at the moment. Luckily, so is everyone else’s.

I’d recommend that you always keep your health and well-being burner switched on, because if you don’t, you soon may not be able to do any cooking at all (!), but you can play around with the other ones to a degree. The key thing though is to fully accept that you have to make some hard choices. You can’t just turn all four burners to max and hope for the best without having a gas explosion (is this metaphor getting out of hand?)

You probably can keep all four on if they’re all turned down low, but you have to ask yourself how satisfying that is likely to be in the long term- for you or for those around you.

So, what’s the answer? Ultimately the point is that there probably ISN’T a perfect answer. Many of us keep searching for the secret to work-life balance, but the fact is that it’s probably always going to be a juggling act.

However, simply becoming more aware or mindful of our choices can help us to at least make better decisions about where we focus our energy.

A useful way of analysing how we spend our time is something which is often referred to as the Eisenhower Matrix. Imagine a four box matrix. In the first quadrant are those tasks which are both important and urgent, that need doing straightaway. Inevitably we will all always have a fair number of tasks in this box, but if you feel that you’re important and urgent box is overflowing, there are probably two key reasons for this.

Firstly, ask yourself if many of the items you have in this box became urgent because you had previously been putting them off. Sometimes people find it difficult to motivate themselves to do something until it becomes urgent, but the impact of this is to considerably increase stress levels.

The second reason why you may have a lot of items in this quadrant is that you find it difficult to say no when someone asks you to do something you secretly don’t want to do, or know you don’t really have time to do. It feels nice to say yes to people, but consider what else you are saying no to, when you say yes to too much. It might mean that you don’t have the capacity to turn on your friends or family burners at all, for example. Or it might mean you neglect your health and well-being. And we all know where that ends.

The second quadrant is for tasks which are important but not urgent. Ideally this is where you want to be spending most of your time, whether that is doing work related tasks, or activities related to the other three burners. Spending time with loved ones, exercising, meditation, having fun are all important, but not necessarily perceived as urgent. But if you don’t make time for them, their lack will eventually take its toll.

The third quadrant consists of activities which are urgent, but not important. This is usually about other people’s priorities rather than your own. If you spend too much time here, you’re going to feel like you’re constantly fire-fighting and never able to get down to what you really want to be doing.

Try and delegate or automate as many of these kinds of tasks as possible (or say no). Can someone else do it (even if there is an initial price to pay in terms of training them)? Can you automate any of this? Can you avoid distractions from others by setting better boundaries?

And finally, activities which are not urgent and not important.These are time-wasting activities, such as scrolling mindlessly through social media.This isn’t the same as having fun, or even resting and doing nothing (both of which are important, if not urgent). Ask yourself how much time you are spending in this quadrant, which is then leaving you feeling overwhelmed with everything you’ve still got to do?

You probably wouldn’t walk down the street, flinging your money about left, right and centre, but time and energy are even more precious resources, and not something which money can replace. How conscious are your decisions about how and on whom you spend them? 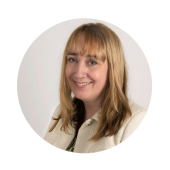 Rachael Roberts is an ELT author, teacher & trainer/qualified life coach. She helps teachers and other educational professionals to build a life (at home and work) that they love. She is based in England

Welcome to the fifth and festive edition of the Neurolanguage Collective.

Hello everyone! I have waited as long as I can to write this Christmas letter to you all because the world is changing so fast. As I write this, we are still in lockdown and who knows whether that will continue or whether we will be able to see our families at Christmas? As we say in the UK, it is all up in the air ... Read More from the Editor